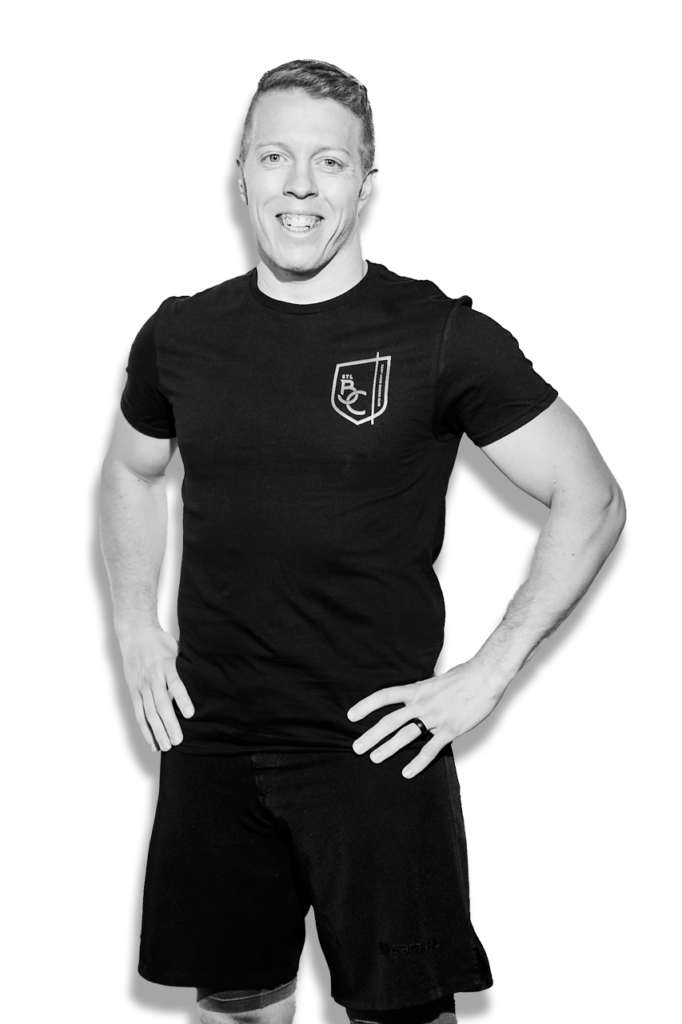 Mike has been boxing for 9 years since he found a heavy bag on the side of the road in 2012 and really enjoyed it as a workout. Eventually he found his way to Boxing gyms in Creve Couer & St. Charles. He lost 75lbs in a year and was hired on to teach classes.  Mike met his boxing coach at the Club and started training for & competing in amateur boxing matches.  He met his wife at the Club shortly after and he still takes classes to stay in shape.  He briefly transitioned to kickboxing in 2018 and did some sparring, but an injury kept him from competing.  Mike is an avid MMA & combat sports fan and he love’s being a member of the team so that he can still be part of the sport outside of the ring.  Teaching classes let’s Mike share his experience and love of combat sports with all kinds of people.